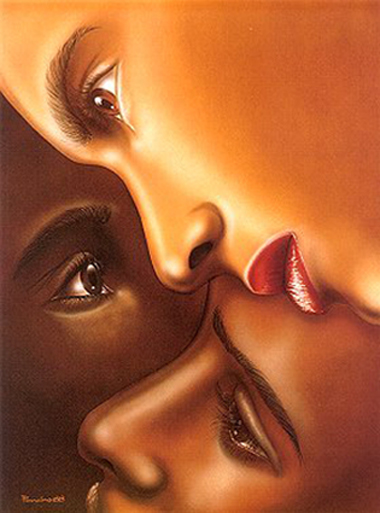 “Colorism” is the new trend that is poisoning the minds and clouding the judgment of
African-Americans/Blacks that are on a higher career scale. Their positions can potentially help
their fellow man but instead they use the hue of someone’s skin color to hinder the progression of another black person’s journey. During slavery, the lighter your skin was the better slave you
were considered to be, and you were offered the pleasure of working in the house, often times they were referred to as “house niggers”. Verses the darker skin slaves that were considered to be
less than, they had to work in the hot fields and were referred to as “field hands or field niggers.”
This division among the slaves created the mentality that light is always right, which was carried on for generations. Which has now set the tone for the “yellow bone, brown skin”epidemic in today’s society and entertainment industry.
Often times in rap music you may hear the artist refer to a female of the lighter skin
tone as a “yellow bone” or “red bone”, who is glorified in most music videos and considered to
be more acceptable in the eyes of young men because of what they see portrayed on television.

In the entertainment and media industry,even politics it can be shown in some cases that people would prefer someone of a lighter skin color to represent them or be the face of their brand or campaign. In an article written by Shankar Vedantam called “Shades of Prejudice”,Senator Harry Reid said “Barack Obama had a political edge over other African-American
candidates because he was “light–skinned” and had “no Negro dialect, unless he wanted to have
one.” (New York times, Vedantam 2010). This opinion can be used to persuade readers that light skinned  African-Americans are more favorable than dark skinned African-Americans.

In 2013 Oprah Winfrey interviewed four African-American actresses of different skin colors. They all sat down to discuss various things and one being skin color and how sometimes being of the darker skin tone you are more likely to be passed over for a job verses someone who is light skin. Oprah went on to explain in the industry black people are usually the reason why most dark skin females don’t audition, because they get turned away because directors feel like they are too dark,  “There were times when even your own people… would
say, ‘No, you can’t go for that role because that’s for the cute black girl,” (Winfrey, 2013).Throughout the interview, actress Viola Davis expressed sometimes she gets turned down for certain roles because other black people within the industry says that she is too dark. She also explained that the reason for this type of behavior among blacks are because, we have not fully healed from the past, and we are still fighting stereotypes from slavery.

Within the entertainment industry the light skin vs dark skin trend is causing friction among young African-Americans. More frequently we find that it is entertaining to have parties where the guest are segregated because of their skin color. Often times when people use hashtags under a photo in social media, to describe the person or themselves they will say #teamyellowbone or #teamredbone and glorify the term as if it is a bad thing to be born with a darker skin completion. In a published dissertation called “The Skin Color Paradox and the
American Racial Order” the author provides insight to the fact that lighter skinned African-American have a greater advantage than dark skinned African-Americans in the work place. “It is deeply troubling to find that dark-skinned Blacks must deal with even more barriers to success and happiness than others in their group… black elected officials are disproportionately light-skinned, then even their election may be inadequate to provide descriptive and substantive representation… light-skinned Blacks receive more education and income than their dark-skinned counterparts, then affirmative action policies may exacerbate as well as ameliorate inequities among Americans (Hochschilds, 2007) .”

In an effort to put a stop to the “light skin vs dark skin” epidemic film directors,
producers and celebrities have come together to speak against “colorism”. Actress Lupita Nyong’o shares her story of the struggles that she went through growing up as a dark skinned
child. She uses her story and her success to encourage other women and youth that are dealing with the same issue. Directors/producers D. Channsin Berry and Bill Duke, filmed and produced a documentary called “Dark Girls”. This documentary gives the audience a close look inside the hearts and souls of women who deal with the insecurities of being dark skinned. The insecurities that has been created by their own race of people, who they feel have betrayed them.

As an individual and as someone who aspires to work in the media industry via television personality, I hope to break down the barriers of colorism that tries to hold black people back as a whole. My goal is to boost the confidence and self-esteem of people and to raise awareness about this issue,in hopes that if we as African-Americans stand together, we can kill this silent enemy within our culture and communities.

~What are your thoughts on this matter?~