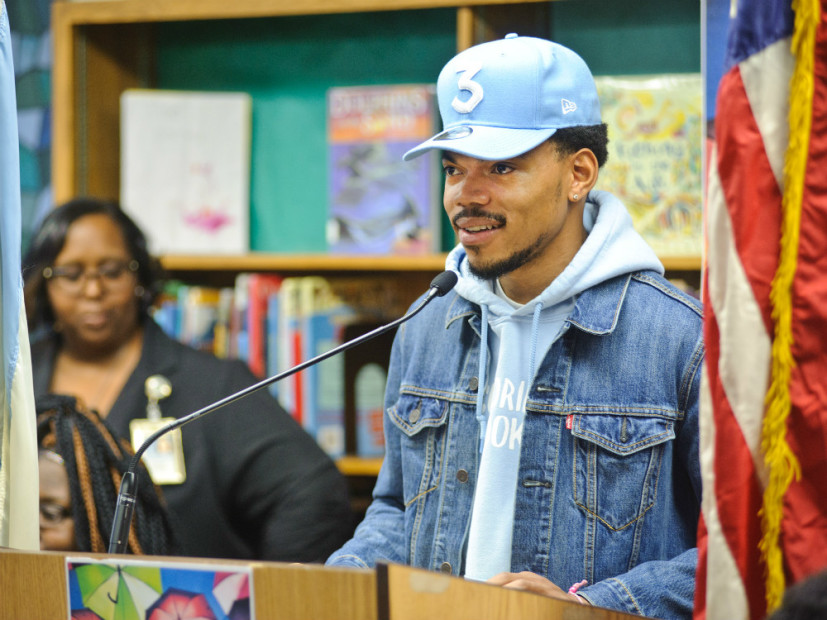 As if treating fans to movie wasn’t enough, Chance The Rapper has taken a stand and given back to the Chicago Public School Foundation. Today during a press conference at Westcott Elementary in Chicago the rapper announced that he will be donating $1 million to the Chicago School Foundation. According to the Chicago native the meetings with the Gov. of Illinois were “unsuccessful” and “Our kids should not be held hostage because of political positioning” he said.

During the thanks and applause from those that were present during the press conference; former First Lady of the United States sent out a special thanks to the Chicago Rapper;

Thanks @chancetherapper for giving back to the Chicago community, which gave us so much. You are an example of the power of arts education.

We are proud of Chance The Rapper and the major moves that he is making to inspire and help others.

One thought on “Black Boy Joy Reigns Supreme once Again! As Chance The Rapper Donates $ 1 Million to Save Chicago Schools”